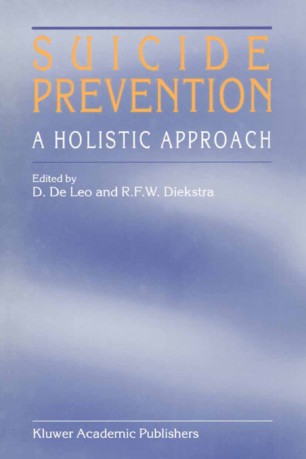 Suicide Prevention: A Holistic Approach contains the selected and edited papers that were presented during the congress Suicide, Disease, Disadvantage, A Holistic Approach, organized by the International Association for Suicide Prevention, which was held in June 1995, in Venice.
Suicide prevention is still sadly neglected by governments and public health authorities, despite the fact that in several Western countries suicide has become the primary cause of death among younger age groups. The selected papers express the need for a holistic viewpoint in suicide management. The subjects range from parasuicide to the role of the media, from the special type of psychotherapeutic approach required to the most recent guidelines in pharmacological treatment, from a homage to the memory of Erwin Ringel to the presentation of specific national prevention schemes.
The book will be of interest to public health workers, doctors, psychologists and social workers, as well as voluntary staff and their organizations, and to all those who make suicide prevention one of their primary interests.