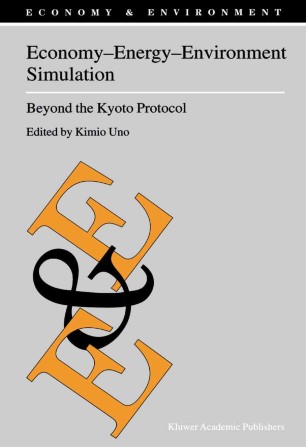 Beyond the Kyoto Protocol

In the policy arena, as well as in the academic world, a new challenge is having to deal with the global community. We are increasingly aware that the world is linked through economy–energy–environment interactions. We are increasingly aware, at the same time, that the emergence of the global community does not imply an integrated harmonious world; rather, it is a community where co- tries/regions of different interests and values face each other directly. Global governance has to be achieved through actions of national governments under different motives and constraints. We need to have an analytical tool that is capable of producing a global picture, yet with detailed country resolution. If the world is a better place now compared to 100 years ago in terms of p- capita income, this is due to the industrialization that continued throughout the 20th century. We entered the 21st century knowing that the human aspiration that translates into ever-increasing production may not be tenable in the long run. Sustainability of the global community is at stake. In contrast to inc- mental decision making through the market mechanism that should lead to some optimal state under some assumptions such as perfect knowledge, smooth movement of resources, no externalities, and so forth, we need to have an a- lytical tool to provide us with details of the future state of the world.