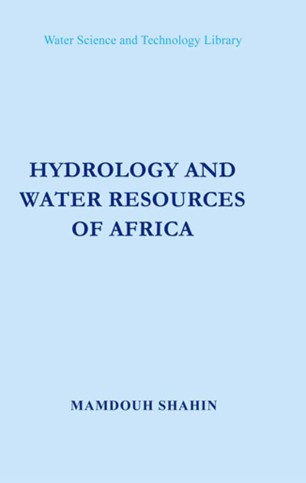 Hydrology and Water Resources of Africa

Africa, the cradle of many old civilizations, is the second largest world continent, and the homeland of nearly one-eighth of the world population. Despite Africa’s richness in natural resources, the average income per person, after excluding a few countries, is the lowest all over the world, and the percentage of inhabitants infected with contagious diseases is the highest. Development of Africa to help accommodate the ever-increasing population and secure a reasonable living standard to all inhabitants, though an enormous challenge is extremely necessary. Water is the artery of life, without it all living creatures on earth cannot survive. As such, a thorough knowledge of the meteorological and hydrological processes influencing the yield and quality of the water resources, surface and subsurface, and their distribution and variability in time and space is unavoidable for the overall development of any part of the world. It is highly probable that the said knowledge is at present a top priority to Africa, a continent that has been for so long-and probably still-devastated by the endless ambitions of colonial powers not to forget the corruption and destruction practiced by the internal powers, at least in some countries. The present book “Hydrology and Water Resources of Africa” is written with the aim of bringing together in one volume a fair amount of knowledge any professional involved in hydrology and water resources of Africa needs to know.