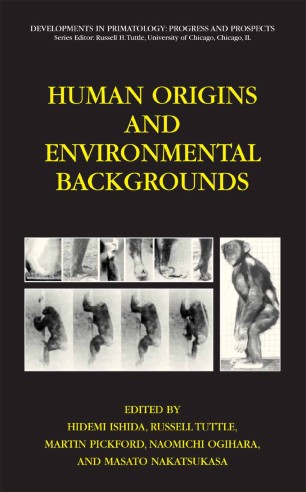 Part of the Developments in Primatology: Progress and Prospects book series (DIPR)

Human Origins and Environmental Backgrounds is a benchmark compendium of research that presents itself at a major paradigm shift in paleoanthropology. The editors offer a variety of theoretical approaches to puzzles on the place of the Hominidae, particularly Homo sapiens, among the Primates, including our unique bipedal positional behavior and social structure and the selective factors that might have been involved in our evolution in the broad context of Miocene and later environments. The contributors represent several generations of pioneering laboratory and field researchers from Japan, France and the United States, who have worked together over the past 40 years and who have trained future leaders in evolutionary anthropology and experimental primatology. This volume, compiled by the leading experts in the field, explores the interface between hominid origins and palaeoenvironments.