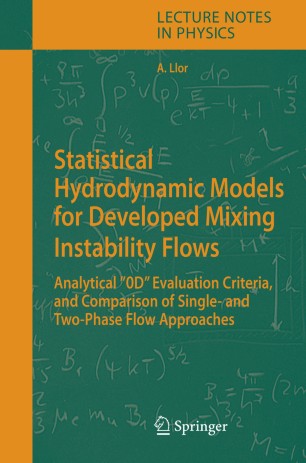 Part textbook, part exploratory work, this book aims to raise the awareness of students, physicists, and engineers in turbulence on the modeling of gravitationally induced turbulent mixing flows as produced, for instance, by Rayleigh-Taylor instabilities. The discussion is centered on the differences between single-fluid and two-fluid approaches, and it is illustrated with a 0D analysis of two specific elementary models in common use. Important deviations are shown to appear on many features, among others the prominence of directed energy, the simultaneous restitution of test cases, the responses to variable acceleration and shocks, and the behavior of various length scales.