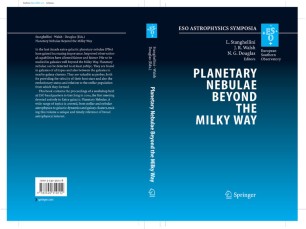 Planetary Nebulae Beyond the Milky Way

In the last decade extra-galactic planetary nebulae (PNe) have gained increasing importance. Improved observational capabilities have allowed fainter and fainter PNe to be studied in galaxies well beyond the Milky Way. Planetary nebulae can be detected to at least 30Mpc. They are found in galaxies of all types and also between the galaxies in nearby galaxy clusters. They are valuable as probes, both for providing the velocity of their host stars and also the evolutionary status and relation to the stellar population from which they formed.

This book contains the proceedings of a workshop held at ESO headquarters in Garching in 2004, the first meeting devoted entirely to Extra-galactic Planetary Nebulae. A wide range of topics is covered, from stellar and nebular astrophysics to galactic dynamics and galaxy clusters, making this volume a unique and timely reference of broad astrophysical interest.