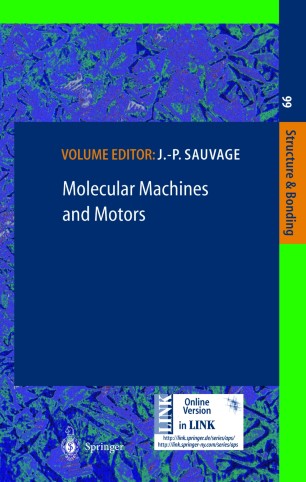 Part of the Structure and Bonding book series (STRUCTURE, volume 99)

The field of molecules in motion, for which movements and shape changes are triggered and controlled from outside, has been indisputably one of the most rapidly developing areas of the last decade. Clearly, molecular chemists in general are able to elaborate more and more complex species, as beautifully demonstrated by the synthesis of amazingly complicated natural products. For instance, the total synthesis of compounds such as taxol and brevetoxin B represents a formidable tour de force, as does that of many other recent examples. However, most of the time, once the compound has been made, the target has been reached. The synthesis of molecules for which given functions are to be expected and explored once sufficient amounts of the compounds are available, requires the interaction of several fields. The multidisciplinary aspect, involving various methodologies from synthesis to electro and photochemistry, from surface science to spectroscopy and magnetic properties, allows the design and elaboration of molecular objects displaying new functions. Amongst the new functions that chemists want to introduce into their systems, motion is particularly important. In addition, a geometrical change will generally be accompanied by a modification of one or more properties (colour, lumines cence, catalytic properties, etc...) which could be used as a testimony to the motion and also be of practical interest for future applications.