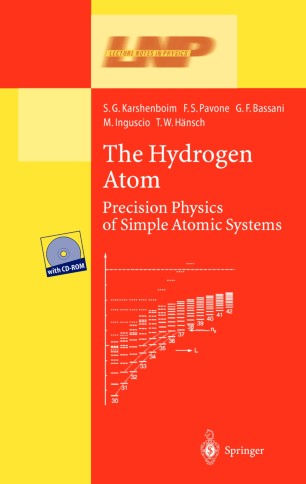 For more than a century, studies of atomic hydrogen have been a rich source of scientific discoveries. These began with the Balmer series in 1885 and the early quantum theo- ries of the atom, and later included the development of QED and the first successful gauge field theory. Today, hydrogen and its relatives continue to provide new fundamental information, as witnessed by the contributions to this book. The printed volume contains invited reviews on the spectroscopy of hydrogen, muonium, positronium, few-electron ions and frequency metrology and the determination of fundamental constants. The accompanying CD contains, in addition to these reviews, a further 40 contributed papers also presented at the conference "Hydrogen Atom 2" held in summer 2000. Finally, to facilitate a historical comparison, the CD also contains the proceedings of the first "Hydrogen Atom" conference of 1988. The book includes a foreword by Norman F. Ramsey.