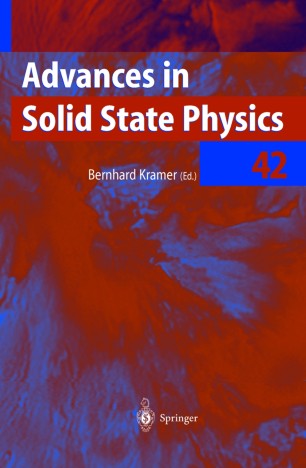 The present volume contains the written versions of most of the invited talks of the Spring Meeting of the Condensed Matter Physics section of the Deutsche Physikalische Gesellschaft held from March 25 to 29, 2002 in Regensburg, Germany. Also contained are those talks presented as part of the Symposia most of which were organized by several divisions in collaboration and covered a fascinating selection of topics of current interest. Thus this volume reflects the status of condensed matter physics in Germany in the year 2002. In particular, one notes a slight change in paradigms: from quantum dots and wires to spin transport and soft matter systems in the broadest sense. This seems to reflect the present general trend in physics. Nevertheless, a large portion of the invited papers concentrate on nanostructured matter.