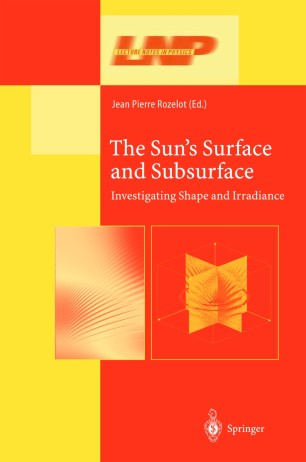 The Sun’s Surface and Subsurface

Composed of a set of lectures and tutorial reviews, this book stems from a summer school devoted to the gravitational aspects of the sun and their geophysical consequences. Contribitions elaborate on the gravitational distortions of the sun which can be used to gain some knowledge of the sun's interior and surface phenomena but which also influences the sun's irradience and thus ultimately the earth's climate. Last but not least, it is shown that these small distortions constitute a formidable challenge to solar astrometry, and the final part of the book describes the observational difficulties in defining unequivocally the solar diameter.