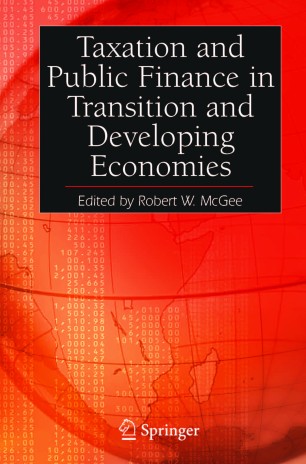 Taxation and Public Finance in Transition and Developing Economies

Much has been written about the economic and political problems of countries that are in the process of changing from centrally planned systems to market systems. Most studies have focused on the economic, legal, political and sociological problems these economies have had to face during the transition period. However, not much has been written about the dramatic changes that have to be made to the accounting and financial system of a transition economy. This book was written to help fill that gap.

Taxation and Public Finance in Transition and Developing Economies is the third in a series to examine accounting and financial system reform in transition economies. The first book used Russia as a case study. The second volume in the series examined some additional aspects of the reform in Russia and also looked at the accounting and financial system reform efforts that are being made in Ukraine, Bosnia & Herzegovina, Armenia, Eastern Europe and Central Asia.