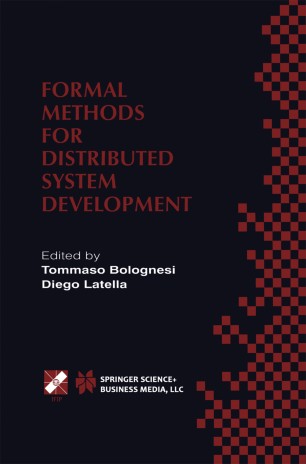 th The 20 anniversary of the IFIP WG6. 1 Joint International Conference on Fonna! Methods for Distributed Systems and Communication Protocols (FORTE XIII / PSTV XX) was celebrated by the year 2000 edition of the Conference, which was held for the first time in Italy, at Pisa, October 10-13, 2000. In devising the subtitle for this special edition --'Fonna! Methods­ Implementation Under Test' --we wanted to convey two main concepts that, in our opinion, are reflected in the contents of this book. First, the early, pioneering phases in the development of Formal Methods (FM's), with their conflicts between evangelistic and agnostic attitudes, with their over­ optimistic applications to toy examples and over-skeptical views about scalability to industrial cases, with their misconceptions and myths . . . , all this is essentially over. Many FM's have successfully reached their maturity, having been 'implemented' into concrete development practice: a number of papers in this book report about successful experiences in specifYing and verifYing real distributed systems and protocols. Second, one of the several myths about FM's - the fact that their adoption would eventually eliminate the need for testing - is still quite far from becoming a reality, and, again, this book indicates that testing theory and applications are still remarkably healthy. A total of 63 papers have been submitted to FORTEIPSTV 2000, out of which the Programme Committee has selected 22 for presentation at the Conference and inclusion in the Proceedings.