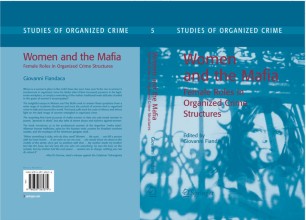 Women and the Mafia

Where is a woman’s place in the mob? Does she even have one? Is the rise in women’s involvement in organized crime the darker side of their increased presence in the legitimate workplace, or simply a reworking of the mafia’s traditional male attitudes cloaked in the guise of women’s emancipation?

The insightful essays in Women and the Mafia seek to answer these questions from a wide range of academic disciplines and trace the portrait of women tied to organized crime in Italy and around the world. This book pulls back the code of silence and shines a light on the dark image of women entangled in organized crime.

The surprising first hand accounts of mafia women in Italy not only reveal women in power, "generals in skirts", but also tales of severe abuse and violence against women.

The book introduces us to the professional women of the Argentine "mafia state", Albanian human traffickers, spies for the Russian mob, runners for Brazilian numbers rackets, and the mystique of the American gangster moll.

"When something is risky, who do they send? Women … My aunt … can kill a person with her bare hands … if she were to see me now … she would shoot me down in the middle of the street; she’s got no problem with that …

My mother made my brother feel like the boss; but she was the one who ran everything; he was the boss on the outside, but my mother had the real power … women are in charge, nothing you can do about it."