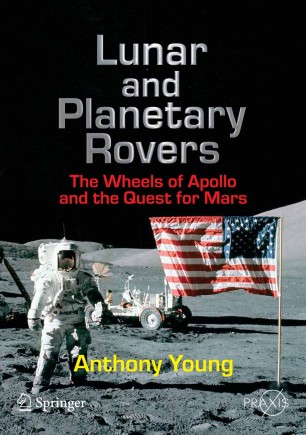 The Wheels of Apollo and the Quest for Mars

The Wheels of Apollo and the Quest for Mars fills a need for a complete history of the Lunar Roving Vehicle used on Apollo 15, 16 and 17, drawing on many photographs never before published. It also tells the story of the robotic rovers used on Mars, and concludes with a description of the new designs of rovers planned for The New Vision for Exploration now underway at NASA. The book provides extensive quotes from the astronauts who drove the LRV on the Moon from interviews conducted especially for the book. It also details new material from interviews of engineers and managers at the Jet Propulsion Laboratory covering the robotic rovers, Sojourner, Sprit and Opportunity. The Foreword is written by David R. Scott, Commander of Apollo 15.