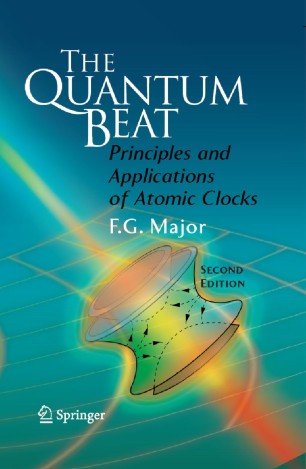 Principles and Applications of Atomic Clocks

This work attempts to convey a broad understanding of the physical principles underlying the workings of these quantum-based atomic clocks, with introductory chapters placing them in context with the early development of mechanical clocks and the introduction of electronic time-keeping as embodied in the quartz-controlled clocks. While the book makes no pretense at being a history of atomic clocks, it nevertheless takes a historical perspective in its treatment of the subject.

Intended for nonspecialists with some knowledge of physics or engineering, The Quantum Beat covers a wide range of salient topics relevant to atomic clocks, treated in a broad intuitive manner with a minimum of mathematical formalism. Detailed descriptions are given of the design principles of the rubidium, cesium, hydrogen maser, and mercury ion standards; the revolutionary changes that the advent of the laser has made possible, such as laser cooling, optical pumping, the formation of "optical molasses," and the cesium "fountain" standard; and the time-based global navigation systems, Loran-C and the Global Positioning System. Also included are topics that bear on the precision and absolute accuracy of standards, such as noise, resonance line shape, the relativistic Doppler effect as well as more general relativistic notions of time relevant to synchronization of remote clocks, and time reversal symmetry.

This edition retains the essentially didactic approach to the treatment of the development of atomic clocks in the first edition, but brings up to date the extraordinary developments in recent years, culminating in clocks based on quantum resonance at optical frequency in individual ions confined in miniature electromagnetic traps. These, together with advances in the generation of wide-band coherent frequency combs spanning the spectrum as far as the optical range, has made possible the direct measurement of phenomena occurring at optical frequencies! As a result of these recent advances, in addition to the time-based GPS and LORAN C navigation systems treated in the first edition, other important applications of a fundamental scientific interest have become feasible. These include satellite-borne tests of the theory of general relativity and the equivalence principle on which it is based.

As with the first edition, the book is intended for students and non-specialists; hence the material is not rigidly formal, is mostly self-contained, and presented in a broad intuitive manner with a minimum of mathematical formalism.