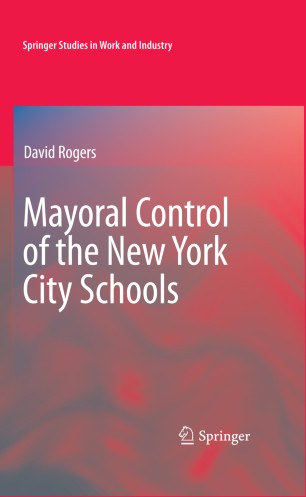 The New York City public school system has fundamentally changed its governance four times during the past forty years. It moved in 1970 from a highly centralized bureaucracy to a more community-based decentralized system, both of which were independent of the mayor. In 2002 under mayoral control, the system again centralized and then in 2007 decentralized. In each instance, New York has been an example (for good and bad) that many other large cities follow.

The author of this timely work presents an analysis of the political and organizational dynamics of Mayor Bloomberg’s and Chancellor Klein’s new mode of governance and of how their management style has shaped its design and implementation. The focus is the first phase of mayoral control (2003 until the fall of 2007). The book provides a unique opportunity to assess mayoral control of the largest public school system in the United States, and the results have ramifications for other large cities that have instituted mayoral control or are exploring the idea. The stimulus for the change to mayoral control comes from big city mayors, business leaders, state and city appointed and elected officials, concerned about how the schools have contributed to the U.S. economy’s declining global competitiveness and social and economic problems of inner cities.