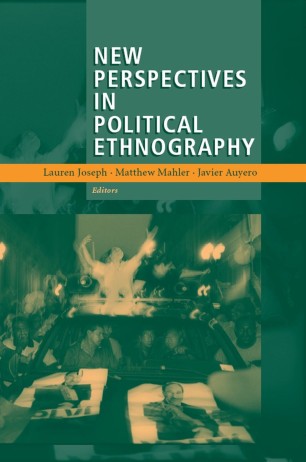 The use of ethnographic research - social research based on the observation of individuals or institutions where the researcher becomes part of the group or very close to the group to better understand their actions - is becoming more and more of a prevalent methodology within sociology.  As ethnography gains prominence within the discipline its focus, theoretical underpinnings and narrative styles are also expanding to the yet-unexamined worlds and institutions of society.

Ethnography is uniquely equipped to look microscopically at the foundations of political institutions and their attendant set of practices, just as it is ideally suited to explain why political actors behave the way they do and to identify the causes, processes and outcomes that are part and parcel of political life.  The volume, based on a special issue of Qualitative Sociology has a two-fold purpose: to bring politics into the ethnographic literature and of ethnography in studies of politics.  The case studies included are based on the research of ethnographers studying the various level of politics in Brazil, Japan, El Salvador, Bosnia, the Philippines, India and the United States.  It will be of interest to those in the sociology of politics, political science and those looking for ethnographic research on a global level.