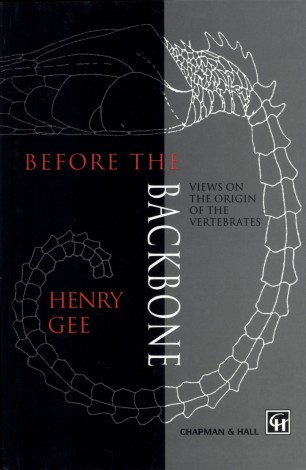 Views on the origin of the vertebrates

We cannot catechise our stony ichthyolites, as did the necromantic lady of the Arabian Nights did the coloured fishes of the lake which had once been a city, when she touched their dead bodies with her wand, and they straightaway raised their heads and rephed to her queries. We would have many a question to ask them if we could - questions never to be solved. Hugh Miller, The Old Red Sandstone When I started this book in 1991, the subject of vertebrate origins was fusty and unfashionable. Early drafts for this preface read like an extend­ ed complaint at the lot of traditional morphologists, cast aside by the march of modern molecular biology. But no longer - this book should reach you at a time of renewed inter­ est in the origin of the vertebrates, our own particular corner of creation. For although the topic has excited interest for well over a century, molec­ ular biology has only lately achieved the maturity necessary to test its predictions. As a legitimate field of study, it is fashionable again.