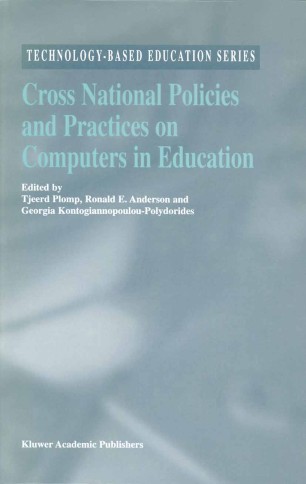 Cross National Policies and Practices on Computers in Education

This book presents some of the results from the second stage of lEA's study of Computers in Education (CompEd). lEA, the International Association for the Evaluation of Educational Achievement, conducts international comparative studies focussing on educational achievement, practices, and policies in various countries and education systems around the world. It has a Secretariat located in Amsterdam, the Netherlands. lEA studies have reported on a wide range of topics, each contributing to a deeper understanding of educational processes. The CompEd study is a project that sheds light on the way computers have been introduced in education and on how they are being used across the world today. The study proceeded in two stages with data collected for stage 1 in 1989 and for stage 2 in 1992. Results from both stages have been published in a variety of publications. This book reports about a special part of the study. Student achievement and school processes come into being in the context of the structure and the policies of national (or regional) education systems. The variety found in the CompEd results led us to ask how much might be explained by differences in these national or regional contexts. That is the reason the CompEd study took the initiative to invite the countries participating in the study, as well as some other countries that have had interesting developments in the domain of educational computers, to write a chapter describing their policies and practices regarding computers in education.