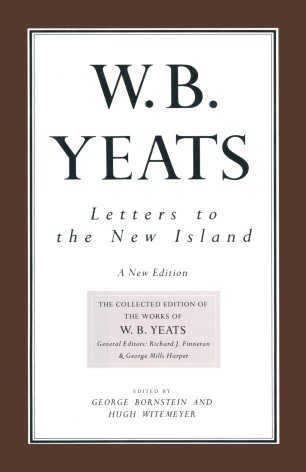 Letters to the New Island

Part of the The Collected Edition of the Works of W. B. Yeats book series (CWWBY)

From 1888 to 1892 W.B.Yeats contributed a series of essays on literature and Irish folklore to two American newspapers, the Boston Pilot and Providence Sunday Journal. These important but little-known pieces show his intense engagement with current books, plays, personalities and controversies. They also make major statements about the issues of cultural nationalism and theatrical reform that preoccupied the poet. Newly edited, annotated, and introduced by George Bornstein and Hugh Witemeyer, Letters to the New Island offers a fresh glimpse of Yeats as an active polemicist, critic and all-round man of letters.