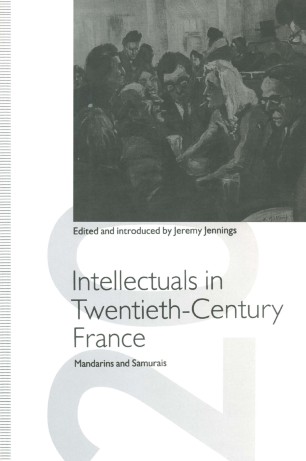 This book examines the role and place of the intellectual in twentieth-century French society. The essays are for the most part written by eminent French scholars and make available to the English-speaking reader a growing body of research which explores the ethical and historical issues raised by the prominence of the intellectual in politics since the Dreyfus Affair. The volume concludes with an examination of the contrasting and complementary roles of the French and British intellectual.