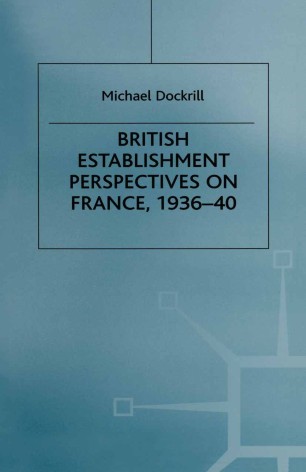 This book analyses British official reactions to the apparent decline of France, politically, socially and economically, in the three years before the outbreak of war in Europe. The book is based on public and private archival sources and on the memoirs and biographies of leading British figures and describes the British Government's efforts to cope with the desperate strategic situation created by its own military weakness and the malaise of the Third Republic, its own potential great power ally in a war with the Axis powers.