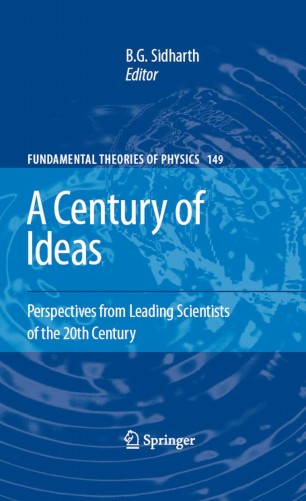 A Century of Ideas

Perspectives from Leading Scientists of the 20th Century

Shortly after its inauguration in 1985 the Birla Science Centre, Hyderabad, India, started a series of lectures by Nobel Laureates and other scientists of international renown, usually in Physics and Astronomy, sometimes in Life Sciences and Chemistry.

The present collection mostly consists of lectures on frontier topics. The transcript of each lecture is preceded by a short biography of the Nobel Laureate/Scientist in question.

The lectures are aimed at, and accessible to a wide non-specialist but higher educated audience.