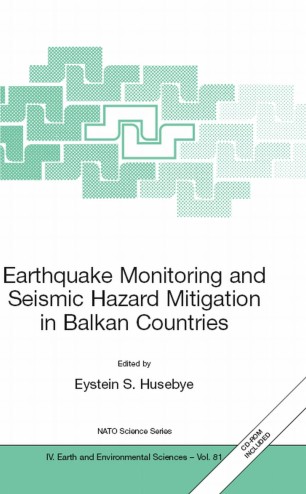 Seismology is rated the Queen of Earth Sciences due to its ability to provide detailed structural information bearing on the Earth interior and on-going dynamic processes. This is due to the advanced theoretical foundation of seismology and the extensive cooperation among seismologists on recording and disseminating of data worldwide. In contrast, some 40 years ago seismology was a backward science and hence funding was poor.

This abruptly changed with the political interest in seismology as the principal tool for monitoring compliance with a potential Comprehensive Nuclear Test Ban treaty (CTBT) banning nuclear testing in any environment.

Major countries like USA, UK and USSR launched large-scale research programs including deployment of modern seismograph stations and arrays and these developments are detailed in the book for CTBTO (UN), IRIS (USA), MedNet (Italy), Geofon (Germany) and the tiny Karelia network, NW Russia. Station and network operations require near real time record analysis and topics dealt with here are 2-D signal detector, epicenter location and earthquake monitoring. Balkan is seismically the most active part of Europe due to multiple plate interactions in the Aegean Sea. The tectonic evolution and on-going geodynamic deformations are described in 2 articles. Earthquake hazard analysis and topographic site effects are discussed and likewise large earthquake hazards in the Aegean and the Marmara seas relate to practical applications of such procedures. Foremost; the book gives a good account of past, present and likely future seismological developments in Balkan countries and various kinds of network operations on local to global scales.