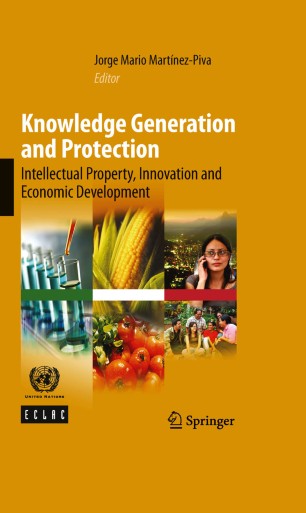 The wealth of the most developed nations, and, to a large extent their economic growth, can be explained by the capacities to generate research, create knowledge, appropriate it and transform it into new technologies. The study of the dynamics and contemporary mechanisms for the circulation, access, and commercial application of knowledge is an urgent task, since the capabilities related to technological change appear increasingly to be the path for developing countries to move away from their condition on the periphery.

Knowledge Generation and Protection, edited by Jorge Mario Martínez-Piva, and showcasing research from academics, policymakers, and consultants, offers an analysis of three fundamental topics. The first is whether strengthening protection of intellectual property encourages or hinders technological learning and innovation in the developing countries. The second addresses the way in which knowledge is generated and how it is transformed into useful technology for the market, that is, how national innovation systems work. The third is the role of public policy as an instrument for innovation and for regulating intellectual property. Chapters explore the relationships among intellectual property, innovation, economic development, and policy in depth, with particular attention to such emerging topics as the impact of trade agreements on intellectual property rights and sensitive issues for developing countries such as access to medicines, and protection of biological diversity, living organisms, and traditional knowledge. Several chapters focus on Mexico, which serves as an important example as the only developing nation that is a member of OECD and has a rich history of industrial policy, science and technology policy, and trade openness. The concluding chapter argues that if developing countries seek to develop dynamic competitiveness based on knowledge and innovation in the present context of rigorous intellectual property regulations, they should take a leap in their science and technology policies to take advantage of the growing world market and open up long-term development paths.