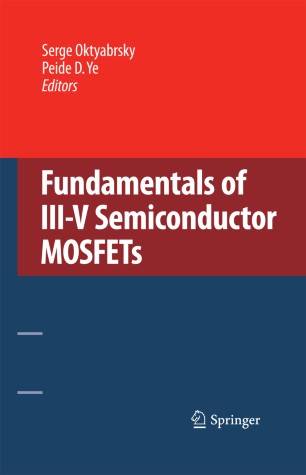 Fundamentals of III-V Semiconductor MOSFETs presents the fundamentals and current status of research of compound semiconductor metal-oxide-semiconductor field-effect transistors (MOSFETs) that are envisioned as a future replacement of silicon in digital circuits. The material covered begins with a review of specific properties of III-V semiconductors and available technologies making them attractive to MOSFET technology, such as band-engineered heterostructures, effect of strain, nanoscale control during epitaxial growth.

Due to the lack of thermodynamically stable native oxides on III-V's (such as SiO2 on Si), high-k oxides are the natural choice of dielectrics for III-V MOSFETs. The key challenge of the III-V MOSFET technology is a high-quality, thermodynamically stable gate dielectric that passivates the interface states, similar to SiO2 on Si. Several chapters give a detailed description of materials science and electronic behavior of various dielectrics and related interfaces, as well as physics of fabricated devices and MOSFET fabrication technologies.