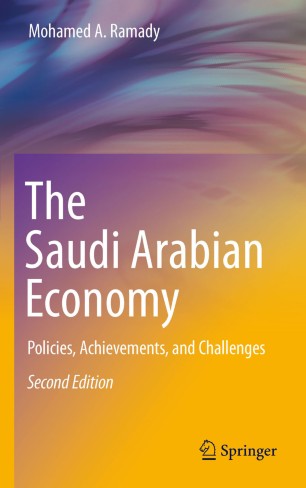 The Saudi Arabian economy has changed almost beyond recognition since the oil boom days of the 1980s, and the Kingdom itself has changed too economically, socially, and demographically. In the second edition of The Saudi Arabian Economy, Mohamed Ramady uses several overlapping themes to establish and develop a framework for studying the fundamental challenges to the Saudi economy. Particular attention is paid to the benefits of short-term planning and long-term diversification intended to shield the economy from potentially de-stabilizing oil price fluctuations and the pace and diversity of domestic reforms. The author examines the core strengths and evolution of various financial institutions and the Saudi stock market in the face of globalization, before analyzing the private sector in detail. Topics discussed include: • The hydrocarbon and minerals sector, including the emergence of the competitive petrochemical sector • The impact of small and medium sized businesses and the evolving role of “family” businesses • The growing role of women in the Saudi economy • The role of privatization and FDI as engines of change and the position of public-private-partnerships • The establishment of a foundation for a knowledge-based economy Finally, the author offers an analysis of the key challenges facing the Saudi economy, paying particular attention to the potential costs and benefits of globalization, and membership in the WTO. Employment, education, economic and social stability, and Saudi Arabia’s place in the Gulf Cooperation Council, as well as Saudi Arabia’s evolving strategic economic relations with China and other countries are offered as keys to the consensus building needed to ensure the Kingdom’s healthy economic future. Mohamed Ramady is Visiting Associate Professor at the Department of Finance and Economics, King Fahd University of Petroleum and Minerals. His main research interests are the economies of the Middle East and Saudi Arabia in particular, as well as money and banking. He also held senior positions with international financial institutions in the Arabian Gulf and Europe.