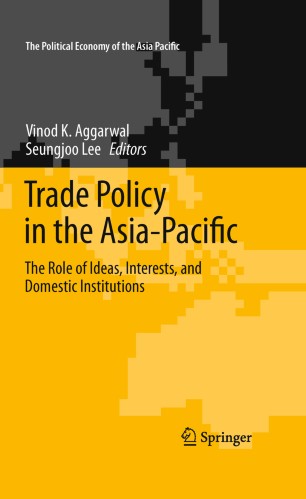 The Role of Ideas, Interests, and Domestic Institutions

East Asian countries are now pursuing greater formal economic institutionalization, weaving a web of bilateral and minilateral preferential trade agreements. Scholarly analysis of “formal” East Asian regionalism focuses on international political and economic factors such as the end of the Cold War, the Asian financial crisis, or the rising Sino-Japanese rivalry. Yet this work pays inadequate attention to the strategies of individual government agencies, business groups, labor unions, and NGOs across the region. Moreover, most studies also fail to adequately characterize different types of trade arrangements, often lumping together bilateral accords with minilateral ones, and transregional agreements with those within the region. To fully understand this cross-national variance, this book argues that researchers must give greater attention to the domestic politics within East Asian countries and the U.S., involving the interplay of these subnational players. With contributions from leading country and regional trade specialists, this book examines East Asian and American trade strategies through the lens of a domestic bargaining game approach with a focus on the interplay of interests, ideas, and domestic institutions within the context of broader international shifts. With respect to domestic politics, the chapters show how subnational actors engage in lobbying, both of their own governments and through their links to others in the region. They also trace the evolution of interests and ideas over time, helping us to generate a better understanding of historical trends in the region. In addition to scholars of East Asian and comparative regionalism, this book will be of interest to policy-makers concerned with international trade and U.S.-Asia relations, and those interested in understanding the rich trade institutional landscape that we see emerging in the Asia-Pacific.