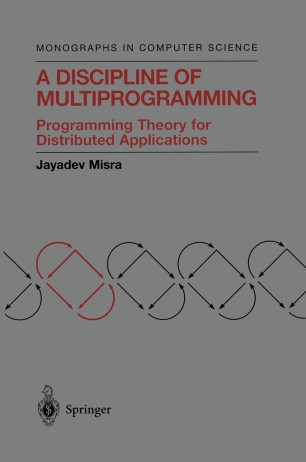 A Discipline of Multiprogramming

Part of the Monographs in Computer Science book series (MCS)

In this book, a programming model is developed that addresses the fundamental issues of "large-scale programming," unifying several concepts from database theory, object-oriented programming and designs of reactive systems. The model and the associated theory have been christened "Seuss." The major goal of Seuss is to simplify multiprogramming. To this end, we separate the concern of concurrent implementation from the core program design problem. A program execution is understood as a single thread of control - sequential executions of actions that are chosen according to some scheduling policy - yet program implementation permits concurrent executions of multiple threads. As a consequence, it is possible to reason about the properties of a program from its single execution thread, whereas an implementation may exploit the inherent concurrency for efficient execution.