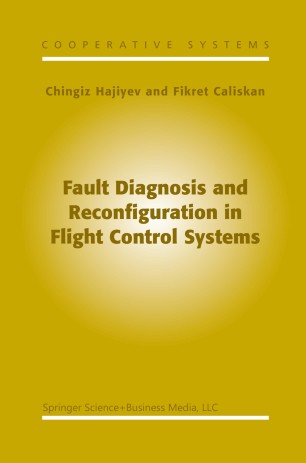 The problem of fault diagnosis and reconfigurable control is a new and actually developing field of science and engineering. The subject becomes more interesting since there is an increasing demand for the navigation and control systems of aerospace vehicles, automated actuators etc. to be more safe and reliable. Nowadays, the problems of fault detection and isolation and reconfigurable control attract the attention the scientists in the world. The subject is emphasized in the recent international congresses such as IF AC World Congresses (San Francisco-1996, Beijing-1999, and Barcelona-2002) and lMEKO World Congresses (Tampere-1997, Osaka-1999, Vienna-2000), and also in the international conferences on fault diagnosis such as SAFEPROCESS Conferences (Hull-1997, Budapest-2000). The presented methods in the book are based on linear and nonlinear dynamic mathematical models of the systems. Technical objects and systems stated by these models are very large, and include various control systems, actuators, sensors, computer systems, communication systems, and mechanical, hydraulic, pneumatic, electrical and electronic devices. The analytical fault diagnosis techniques of these objects have been developed for several decades. Many of those techniques are based on the use of the results of modem control theory. This is natural, because it is known that fault diagnosis process in control systems is considered as a part of general control process. xxii In organization of fault diagnosis of control systems, the use of the concepts and methods of modem control theory including concepts of state space, modeling, controllability, observability, estimation, identification, and filtering is very efficient.