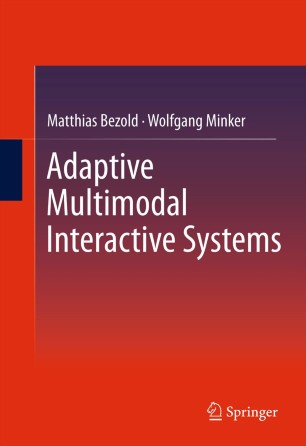 Adaptive Multimodal Interactive Systems introduces a general framework for adapting multimodal interactive systems and comprises a detailed discussion of each of the steps required for adaptation. This book also investigates how interactive systems may be improved in terms of usability and user friendliness while describing the exhaustive user tests employed to evaluate the presented approaches.

After introducing general theory, a generic approach for user modeling in interactive systems is presented, ranging from an observation of basic events to a description of higher-level user behavior. Adaptations are presented as a set of patterns similar to those known from software or usability engineering.These patterns describe recurring problems and present proven solutions. The authors include a discussion on when and how to employ patterns and provide guidance to the system designer who wants to add adaptivity to interactive systems. In addition to these patterns, the book introduces an adaptation framework, which exhibits an abstraction layer using Semantic Web technology.Adaptations are implemented on top of this abstraction layer by creating a semantic representation of the adaptation patterns. The patterns cover both graphical interfaces as well as speech-based and multimodal interactive systems.