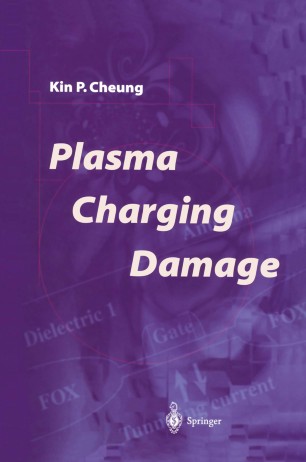 In the 50 years since the invention of transistor, silicon integrated circuit (IC) technology has made astonishing advances. A key factor that makes these advances possible is the ability to have precise control on material properties and physical dimensions. The introduction of plasma processing in pattern transfer and in thin film deposition is a critical enabling advance among other things. In state of the art silicon Ie manufacturing process, plasma is used in more than 20 different critical steps. Plasma is sometimes called the fourth state of matter (other than gas, liquid and solid). It is a mixture of ions (positive and negative), electrons and neutrals in a quasi-neutral gaseous steady state very far from equilibrium, sustained by an energy source that balances the loss of charged particles. It is a very harsh environment for the delicate ICs. Highly energetic particles such as ions, electrons and photons bombard the surface of the wafer continuously. These bombardments can cause all kinds of damage to the silicon devices that make up the integrated circuits.