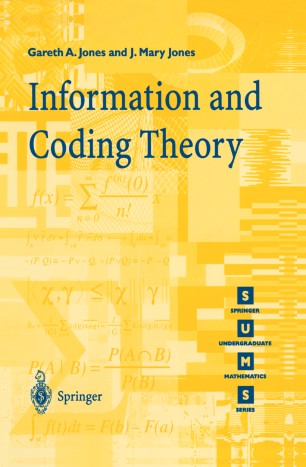 As this Preface is being written, the twentieth century is coming to an end. Historians may perhaps come to refer to it as the century of information, just as its predecessor is associated with the process of industrialisation. Successive technological developments such as the telephone, radio, television, computers and the Internet have had profound effects on the way we live. We can see pic­ tures of the surface of Mars or the early shape of the Universe. The contents of a whole shelf-load of library books can be compressed onto an almost weight­ less piece of plastic. Billions of people can watch the same football match, or can keep in instant touch with friends around the world without leaving home. In short, massive amounts of information can now be stored, transmitted and processed, with surprising speed, accuracy and economy. Of course, these developments do not happen without some theoretical ba­ sis, and as is so often the case, much of this is provided by mathematics. Many of the first mathematical advances in this area were made in the mid-twentieth century by engineers, often relying on intuition and experience rather than a deep theoretical knowledge to lead them to their discoveries. Soon the math­ ematicians, delighted to see new applications for their subject, joined in and developed the engineers' practical examples into wide-ranging theories, com­ plete with definitions, theorems and proofs.