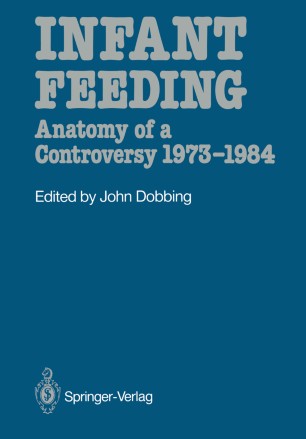 Infant Feeding is about a controversy which fascinated the medical and scientific world, as well as national and international health authorities, politicians, religious groups and consumer organisations, for more than 11 years. It often disturbed public opinion, being concerned, as it is, with nothing less than the life and death of babies. The infant food industry was directly accused of having caused a decline in breast-feeding through the inappropriate marketing of breast milk substitutes. The problem was said to be particularly acute in poor under-developed communities, because illiterate mothers were unable to understand instructions for its use, water was often contaminated and, in order to "stretch" an admittedly expensive product, it was over-diluted. The inevitable result, said the critics of industry, was malnutrition, gastroenteritis and increased infant mortality. These were very serious charges against companies which had until then been generally considered to provide an important contribution to medical progress and child health. One company was to be particularly singled out: Nestlé SA, the Swiss multinational. Perhaps it became the target because it was the longest establishment, and served well as a symbol of the whole industry. It is a story which is full of confrontations, intrigue and passionately-held opinions, based, nevertheless, on a sizeable body of medical science. After countless twists and turns, it has some sort of "happy ending". Yet a great deal remains to be said, as will be seen throughout the book.