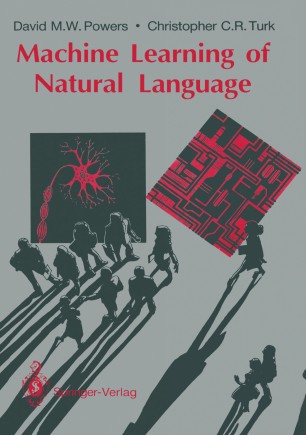 We met because we both share the same views of language. Language is a living organism, produced by neural mechanisms relating in large numbers as a society. Language exists between minds, as a way of communicating between them, not as an autonomous process. The logical 'rules' seem to us an epiphe­ nomena ·of the neural mechanism, rather than an essential component in language. This view of language has been advocated by an increasing number of workers, as the view that language is simply a collection of logical rules has had less and less success. People like Yorick Wilks have been able to show in paper after paper that almost any rule which can be devised can be shown to have exceptions. The meaning does not lie in the rules. David Powers is a teacher of computer science. Christopher Turk, like many workers who have come into the field of AI (Artificial Intelligence) was originally trained in literature. He moved into linguistics, and then into computational linguistics. In 1983 he took a sabbatical in Roger Shank's AI project in the Computer Science Department at Yale University. Like an earlier visitor to the project, John Searle from California, Christopher Turk was increasingly uneasy at the view of language which was used at Yale.