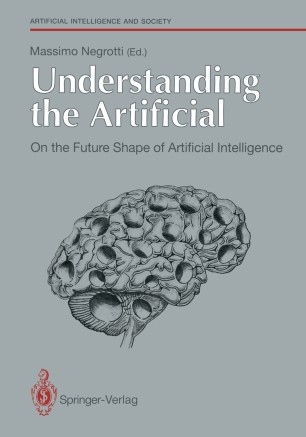 Understanding the Artificial: On the Future Shape of Artificial Intelligence

Part of the Artificial Intelligence and Society book series (HCS)

In recent years a vast literature has been produced on the feasibility of Artificial Intelligence (AI). The topic most frequently discussed is the concept of intelligence, with efforts to demonstrate that it is or is not transferable to the computer. Only rarely has attention been focused on the concept of the artificial per se in order to clarify what kind, depth and scope of performance (including intelligence) it could support. Apart from the classic book by H.A. Simon, The Sciences of the Artificial, published in 1969, no serious attempt has been made to define a conceptual frame for understanding the intimate nature of intelligent machines independently of its claimed or denied human-like features. The general aim of this book is to discuss, from different points of view, what we are losing and what we are gaining from the artificial, particularly from AI, when we abandon the original anthropomorphic pretension. There is necessarily a need for analysis of the history of AI and the limits of its plausibility in reproducing the human mind. In addition, the papers presented here aim at redefining the epistemology and the possible targets of the AI discipline, raising problems, and proposing solutions, which should be understood as typical of the artificial rather than of an information-based conception of man.