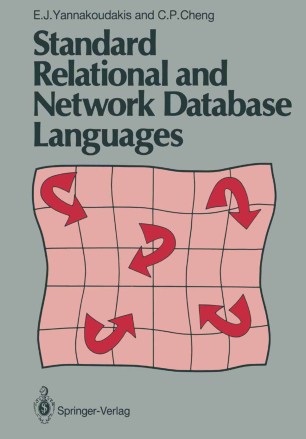 For any type of software to become standard, whether a third genera­ tion language or an integrated project support environment (IPSE), it must undergo a series of modifications and updates which are a direct result of theoretical and empirical knowledge gained in the process. The database approach to the design of general purpose infonn­ ation systems has undergone a series of revisions during the last twenty years which have established it as a winner in many different spheres of infonnation processing, including expert systems and real­ time control. It is now widely recognised by academics and practitioners alike, that the use of a database management system (DBMS) as the under­ lying software tool for the development of infonnation/knowledge based systems can lead to environments which are: (a) flexible, (b) efficient, (c) user-friendly, (d) free from duplication, and (e) fully controllable. The concept of a DBMS is now mature and has produced the software necessary to design the actual database holding the data. The database languages proposed recently by the International Organisa­ tion for Standardisation (ISO) are thorough enough for the design of the necessary software compilers (i.e programs which translate the high level commands into machine language for fast execution by the computer hardware). The ISO languages adopt two basic models of data and therefore two different sets of commands: (a) the relational, implemented via the relational database language (RDL), and (b) the network, imple­ mented via the network database language (NDL).