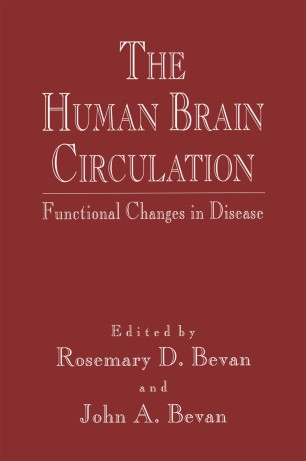 Much of our knowledge of the cerebral circulation has been derived from studies of species other than human. There is increas­ ing recognition of species differences and concern that studies in animals may be misleading if unquestioningly applied to the human. A dramatic example of this occurred in the early his­ tory of the study of the circulation of the brain. Galen of Pergamo (131-201 AD) described a rete mirabile or "marvelous network" of blood vessels at the base of the human skull that he must have derived from observations of certain animals. This vascular structure was supplied by the carotid arteries which, after penetrating the cranium,"are divided into a large number of very small and thin branches in the region between the cranium and the dura matter. Then . . . intersecting one another they give the impression of having forgotten their way in the brain. But this is not the case. In fact, these numerous arteries rejoin and unite like the roots of a tree trunk. . . . " The authority of Galen's writings dominated scientific thought for about 1500 years. His description of a rete was unques­ tioned by Leonardo de Vinci, who included it in his anatomical sketches. William Harvey's remarkable observations led to his definitive account of the circulation of blood.