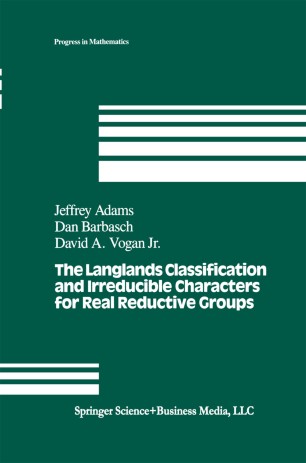 The Langlands Classification and Irreducible Characters for Real Reductive Groups

Part of the Progress in Mathematics book series (PM, volume 104)

In the case of real groups, the predicted parametrizations of representations was proved by Langlands himself. Unfortunately, most of the deeper relations suggested by the p-adic theory (between real representation theory and geometry on the space of real Langlands parameters) are not true. The purposed of this book is to redefine the space of real Langlands parameters so as to recover these relationships; informally, to do "Kazhdan-Lusztig theory on the dual group". The new definitions differ from the classical ones in roughly the same way that Deligne’s definition of a Hodge structure differs from the classical one.