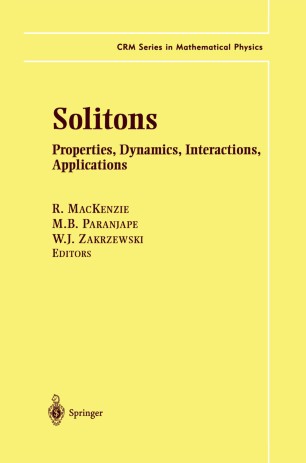 Solitons were discovered by John Scott Russel in 1834, and have interested scientists and mathematicians ever since. They have been the subject of a large body of research in a wide variety of fields of physics and mathematics, not to mention engineering and other branches of science such as biology. This volume comprises the written versions of the talks presented at a workshop held at Queen's University in 1997, an interdisciplinary meeting wherein top researchers from many fields could meet, interact, and exchange ideas. Topics covered include mathematical and numerical aspects of solitons, as well as applications of solitons to nuclear and particle physics, cosmology, and condensed-matter physics. The book should be of interest to researchers in any field in which solitons are encountered.