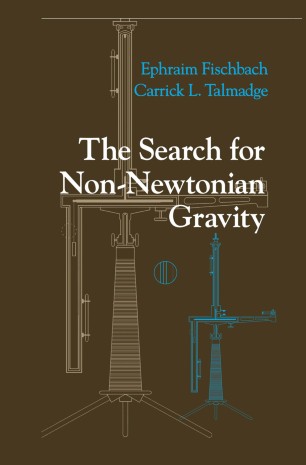 Newton's inverse-square law of gravitation has been one of the cornerstones of physics ever since it was proposed 300 years ago. One of its most well known features is the prediction that all objects fall in a gravitational field with the same acceleration. This observation, in the form of the Equivalence Principle, is a fundamental assumption of Einstein's General Relativity Theory. This book traces the history of attempts to test the predictions of Newtonian Gravity, and describes in detail recent experimental efforts to verify both the inverse-square law and the Equivalence Principle. Interest in these questions have increased in recent years, as it has become recognized that deviations from Newtonian gravity could be a signal for a new fundamental force in nature. This is the first book devoted entirely to this subject, and will be useful to both graduate students and researchers interested in this field. This book describes in detail the ideas that underlie searches for deviations from the predictions of Newtonian gravity, focusing on macroscopic tests, since the question of gravitational effects in quantum systems would warrant a separate work. A historical development is combined with detailed technical discussions of the theoretical ideas and experimental results. A comprehensive bibliography with approximately 450 entries is provided.