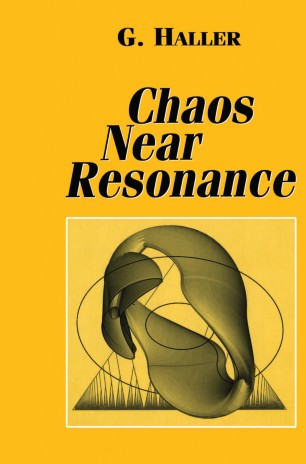 Resonances are ubiquitous in dynamical systems with many degrees of freedom. They have the basic effect of introducing slow-fast behavior in an evolutionary system which, coupled with instabilities, can result in highly irregular behavior. This book gives a unified treatment of resonant problems with special emphasis on the recently discovered phenomenon of homoclinic jumping. After a survey of the necessary background, a general finite dimensional theory of homoclinic jumping is developed and illustrated with examples. The main mechanism of chaos near resonances is discussed in both the dissipative and the Hamiltonian context. Previously unpublished new results on universal homoclinic bifurcations near resonances, as well as on multi-pulse Silnikov manifolds are described. The results are applied to a variety of different problems, which include applications from beam oscillations, surface wave dynamics, nonlinear optics, atmospheric science and fluid mechanics. The theory is further used to study resonances in Hamiltonian systems with applications to molecular dynamics and rigid body motion. The final chapter contains an infinite dimensional extension of the finite dimensional theory, with application to the perturbed nonlinear Schrödinger equation and coupled NLS equations.