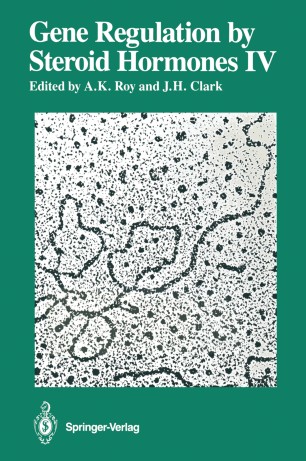 The first Meadowbrook Symposium was held in 1978 and during the intervening ten years our knowledge concerning how steroid hormones function at the level of gene expression has advanced by leaps and bounds. In this volume, which sum­ marizes our fourth meeting, these advances are very evident. What seemed like science fiction ten years ago has become commonplace science. Who would have imagined that we could synthesize a nucleotide sequence that binds a specific steroid receptor and acts as a controlling element for gene expression? No one; but as is evident from the results reported in several chapters, this technique is yielding a wealth of information. Using these and other techniques it has become apparent that gene transcription is controlled by interactions between transacting factors and DNA recognition sequences (response elements). These transacting factors appear to be members of a large gene family that includes steroid hormone receptors, transcription factors, protooncogenes and homeobox proteins. Thus a great deal has been learned, but as usual, questions remain. Many of these questions are posed by the findings and observations found in several chapters in this volume. Non­ hormone binding forms of steroid receptors and their relevance to receptor down regulation, recycling and biological response remain a mystery. The quantitative relationship between receptor binding and biological response still presents agonizing problems. These and many other intriguing questions are discussed in this volume and set the stage for what should be a most rewarding time in endocrinology. Winter 1989 ARUN K.