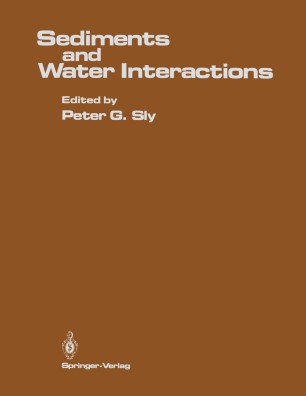 Proceedings of the Third International Symposium on Interactions Between Sediments and Water, held in Geneva, Switzerland, August 27–31, 1984

The first symposium on sediment/freshwater interactions was held in Amsterdam, in 1976, and the second was held at Kingston, Ontario, Canada, in 1981. The third symposium was held at the University of Geneva, in 1984, and also included a num­ ber of contributions dealing with sediment/saltwater interactions. It is expected that future symposia of this series will retain this approach, and that the revised sympo­ sium title will remain the same for later proceedings of these meetings. Because of the large number of submissions in 1984, many were given as poster presentations. Extended abstracts of all contributions to the Geneva symposium appear in Interactions Between Sediments and Ubter (C. E. P. Consultants Ltd. , 26 Albany St. , Edinburgh, EHI 3QH, U. K. , 1984). Full-length papers appear only in the proceedings. The format of the third symposium was similar to its predecessors. The location provided a particularly good opportunity for attendance by European scientists, who represented about 81% of the participants. About 16% came from North America and 3% were from Southeast Asia and Australia. It is unfortunate that there were no contributors from either Africa or South America, or other parts of Asia. In all, 16 countries were represented at this symposium. In a continuing attempt to provide equal opportunities for attendance by scientists from other parts of the world, it is planned to hold the next symposium in Australia in 1987. Further information about the symposia series can be obtained from Dr. E. D.