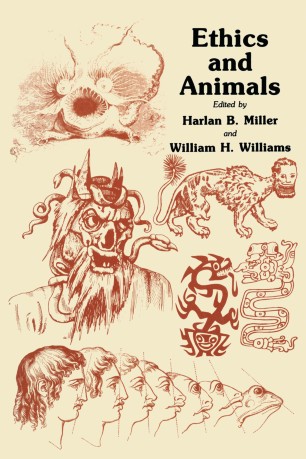 This volume is a collection of essays concerned with the morality of hu­ man treatment of nonhuman animals. The contributors take very different approaches to their topics and come to widely divergent conclusions. The goal of the volume as a whole is to shed a brighter light upon an aspect of human life-our relations with the other animals-that has recently seen a great increase in interest and in the generation of heat. The discussions and debates contained herein are addressed by the contributors to each other, to the general public, and to the academic world, especially the biological, philosophical, and political parts of that world. The essays are organized into eight sections by topics, each sec­ tion beginning with a brief introduction linking the papers and the sec­ tions to one another. There is also a general introduction and an Epilog that suggests alternate possible ways of organizing the material. The first two sections are concerned with the place of animals in the human world: Section I with the ways humans view animals in literature, philosophy, and other parts of human culture, and Section II with the place of animals in human legal and moral community. The next three sections concern comparisons between human and nonhuman animals: Section III on the rights and wrongs of killing, Section IV on the humanity of animals and the animality of humans, and Section V on questions of the conflict of human and animal interests.