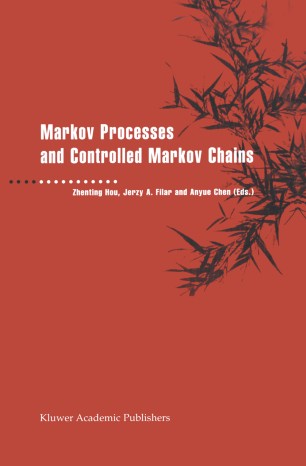 The general theory of stochastic processes and the more specialized theory of Markov processes evolved enormously in the second half of the last century. In parallel, the theory of controlled Markov chains (or Markov decision processes) was being pioneered by control engineers and operations researchers. Researchers in Markov processes and controlled Markov chains have been, for a long time, aware of the synergies between these two subject areas. However, this may be the first volume dedicated to highlighting these synergies and, almost certainly, it is the first volume that emphasizes the contributions of the vibrant and growing Chinese school of probability. The chapters that appear in this book reflect both the maturity and the vitality of modern day Markov processes and controlled Markov chains. They also will provide an opportunity to trace the connections that have emerged between the work done by members of the Chinese school of probability and the work done by the European, US, Central and South American and Asian scholars.