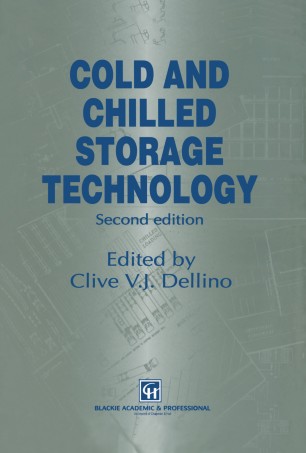 The first edition of Cold and Chilled Storage Technology was prepared at a time when great changes were taking place in the industry that were hard to put into clear perspective. For example, the CFClozone layer problem was identified, the Montreal Protocol was signed and experts from many disci­ plines were already proposing 'solutions' to the problems seen at the time. Not only were there the usual differences in approach to the problems, there were different understandings of the problems themselves. For in­ stance, some authoritative voices were saying HCFC 22 was 'part of the solution, not part of the problem' and recommending it as the main refrig­ erant for the future, others said the opposite. As editor, I have taken the view that this should be a 'reference book' and, as such, it should contain information that points in the direction of tried and proven good practice. To avoid the risk of misdirecting readers, I decided that the CFC issue was too unclear to be usefully discussed in the first edition and left it out altogether. This was the main criticism of the first edition at the time of its publication but, in view of the developments since then, I stand by my decision to avoid premature comment in that instance. The matter is discussed in this edition in Chapters 4 and 7, which include summaries of other related factors, in a way that was certainly not possible in 1989.