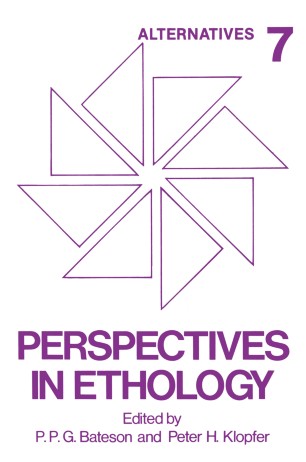 This volume is subtitled "Alternatives" because we wanted to devote at least a part of it to the alternative ways in which members of the same species behave in a given situation. Not so very long ago the supposition among many ethologists was that if one animal behaved in a particular way, then all other members of the same age and sex would do the same. Any differences in the ethogram between individuals were to be attributed to "normal biological variation. " Such thinking is less common nowadays after the discovery of dramatic differences between members of the same species which are of the same age and sex. Alternative modes of behavior, though now familiar, raise particularly interesting questions about current function, evolutionary history, and mechanism. Do the differences rep­ resent equally satisfactory solutions to a given problem? Are some of the solutions the best that those animals can do, given their body size and general condition? Is an alternative solution adopted because so many other individuals have taken the first? If so, do the frequencies reached at equilibrium depend on differential survival of genetically distinct types or do they result from decisions taken by individual animals? If the alternatives are induced during development, as are the castes of social insects, what is required for such triggering? The questions about alternative ways of behaving are addressed in some of the chapters in this volume.