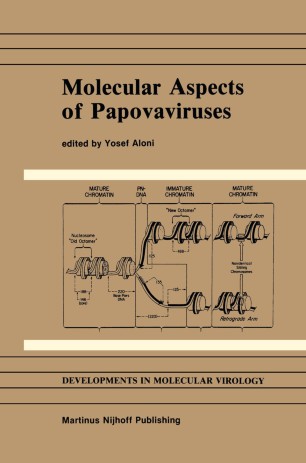 It is almost twenty years since the first DNA tumor virus meeting was held at Cold Spring Harbor. At this meeting studies on three tumor viruses were discussed: the papovaviruses, the adenoviruses and the herpesviruses. The present series Developments in Molecular Virology chose to reverse this sequence by first publishing books on the herpesviruses, followed by adenoviruses, and only now the papo­ vaviruses. All the DNA tumor viruses gained their original reputation by serving as model systems in animal cells for studying gene expression and gene regulation, but SV40 and polyoma have been the jewel in the crown in these studies, as A phage was for the study of prokaryotes. SV40 was the first DNA tumor virus to be completely sequenced that enabled the definition of the cis controlling elements in DNA replication and transcription. I am continuously fascinated by the organization of the SV40 and polyoma genomes. Although they contain about 5000 bp that encode for only 6 to 7 proteins, the mechanisms which regulated their gene expression are varied and include almost any other type of gene regulation found today to regulate eukaryotic genes. Just to mention two: (i) the early promoter is a classical promoter that contains the TAT A, CAAT and enhancer elements, while the late promoter is devoid of these elements, and (ii) the mRNA can be structurally and functionally monocistronic or dicistronic. This hints at the versatility in the control of gene expression at the transcriptional and translational levels.