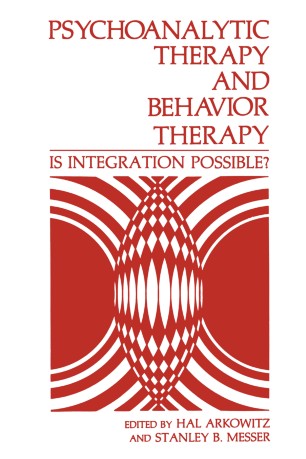 This book has a question mark in its title because it aims to invite inquiry. The possibility of integrating psychoanalytic and behavior therapies has been controversial since it was first proposed about 50 years ago, and this has elicited a wide range of reactions from both psychologists and psy­ chiatrists. It was with the hope of fostering constructive interchange that this book was conceived. We wanted to spark further thinking about the question in the title in a way that could lead either to conceptual and clinical progress toward an integrated approach or to a clearer sense of the obstacles involved. In either case, we hoped that it would present a healthy challenge to current forms of psychoanalytic and behavior therapies. The present volume was stimulated by the appearance in 1977 of Paul Wachtel's book Psychoanalysis and Behavior Therapy: Toward an Integration. Al­ though many reviewers did not necessarily agree with Wachtel's proposals for integration, they (and we) were highly laudatory of his attempt. After reading the book, Hal Arkowitz organized a symposium on integration that took place in Chicago at the November 1978 meeting of the Association for the Advancement of Behavior Therapy. The symposium included Cyril Franks, Merton Gill, Hans Strupp, Paul Wachtel, and Michael Merbaum as moderator. Arkowitz subsequently proposed to edit a book on integra­ tion and invited Messer to be coeditor.